This wiki makes use of the USERNAME template, meaning some parts will display your FANDOM username.
Do not panic if you see this, as it is simply part of the page's coding.
You can dismiss this message by clicking the cross.

Silzous is a Book 2 skin.

This page is semi-locked. New FANDOM users may not be able to edit it.

Silzous is a skin in Piggy: Book 2. He was mainly designed by TenuousFlea, the person who has previously designed Billy and Kraxicorde, along with other contributors. He was added into the game three days after Lab - Chapter 12 was released.

He is a large, green snake with two long, white fangs and a red forked tongue coming out of his jaw. He also appears to have two gray horns coming out of the top of his head and a cobra hood on sides of his head. He has one triangular-shaped, orange pupil in his left eye while the other one is black. He wields a Labrys axe that has a brown handle with a glowing, blue light at the joint where the blades meet. He appears to have silver bracelets on his wrists and a brown sack on his back with many skulls that have red eyes inside. He wears a silver chain wrapped around a yellow shirt that droops down to his tail and a belt with a glowing, blue diamond on his waist.

He stands still, looking right to left while flicking his forked tongue and wriggling his tail. Holds axe over shoulder.

He slides forward while moving his arms and slithering his tail.

Has a short delay before grabbing his axe with both hands and swinging it at the head or chest area of the player. The black patterning under his eyes and spots of tail glow orange.

He clutches his right arm while his upper torso flops up and down.

He slightly moves both of his arms up while facing his head down.

He puts his axe down on ground and his arms raise while his head faces up.

On September 28th 2021, TenuousFlea uploaded a teaser video on his YouTube channel showcasing the then-upcoming skin. 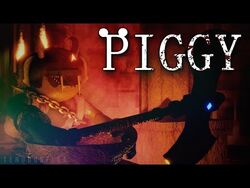 “By my troth, I'm letting no one stay. All must be slayed! Pledge for mercy! Run far away with anxiety! My dark influences shall rise one day, in a HIDEOUS WAY! No one shall stay awake, I'm a SSSSINFUL SNAKE!”

The discussions tag for Silzous can be found here.

Community content is available under CC-BY-SA unless otherwise noted.
Advertisement